Longtime URI professor of biochemistry Joel A. Dain dies at 89

Government seeks to connect Hispanics with careers in the food industry 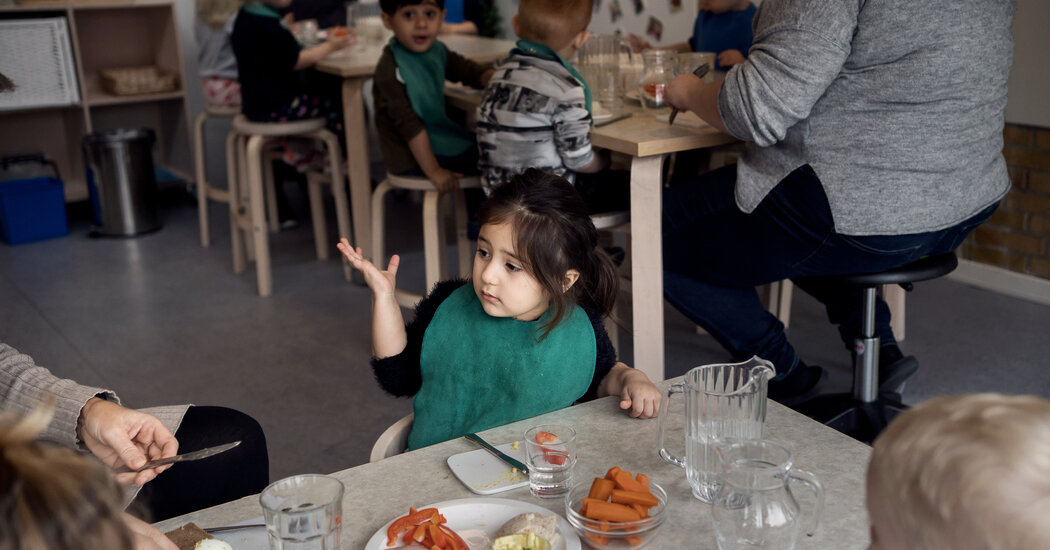 How other nations pay for child care. The United States is an outlier. Benefits of Indigenous parenting techniques during the pandemic

Dain, Joel A., 89, died Saturday August 21, 2021 in Brookdale South Bay. For 64 years, Joel was the beloved husband of Eleanor (Horowitz) Dain. Born in 1931 in the Bronx, New York, he was the eldest son of the late Charles and Beatrice (Pollack) Dain.

Joel was the caring and playful father of Peter J. Dain (Deborah Blicher) of Sudbury, MA; Jonathan L. Dain (Karen Kainer), of Gainesville, Florida; and Leonard E. Dain (Ivetia Paniagua), of Seattle, WA. Joel was the dear brother of Martin Dain of Sun City, Florida, and was the loving and playful grandfather of Rebekah, Beatrice, Kristina, Max, Joshua and Isabel. He had resided in Kingston since 1962.

Joel received his doctorate from Cornell University in 1956. He was professor of biochemistry at URI for almost 60 years. After his retirement in 2015, he continued to work as a professor emeritus until his death. Joel was known for his influential research into the biochemical foundations of Tay-Sachs, diabetes and other diseases, and for his thoughtful and dedicated mentoring of many graduate and post-doctoral students with whom he maintained regular contact. From the start, he opened his laboratory to graduate students, women and men, from all over the world and from diverse backgrounds. In addition to his teaching and research duties at the undergraduate and graduate levels, he has served on committees responsible for hiring college coaches, athletic directors and presidents.

Joel was an active member of various organizations that demonstrated his eclectic interests:

As part of their professional work, Joel and Ellie have taken their families to live in places as diverse as Heidelberg, Germany; Santa Rosa, California; and Tokyo, Japan, where he collaborated with scientists from local universities. He has given guest lectures at conferences and universities around the world.

Sport was a very important part of Joel’s life. He was a runner in high school; he played junior college basketball at the University of Illinois; and until he was 80, he was a regular at the weekly basketball games at URI’s Keaney Gym. He rarely missed a basketball game from his beloved URI Rams and, for nearly 60 years, was a staple at Keaney Gym and then Ryan Center. Joel was also an avid and longtime tennis player – a love he passed on to his sons.

Joël was an avid reader and was particularly fond of thrillers and detective novels. He was a regular at the Kingston library.

Joel had an ironic sense of humor that he applied to almost every situation he encountered, especially politics. He really enjoyed joking with his friends, family, colleagues and acquaintances.

Joel was a stamp collector all his life, reflecting his interest in all things international. For many years he taught stamp collecting to children through the Neighborhood Guild Community Center in South Kingstown.

Funeral services are open to the public and will be held on Tuesday August 24 at noon at New Fernwood Cemetery, 3102 Kingstown Rd., Kingston.

Due to the age and health of those present, we ask that mourners wear a mask and practice social distancing.

A private family reunion will be held after the service.

In lieu of flowers, contributions in memory of Joel can be made to the Beatrice Dain Memorial Fund in Diabetes. To give a gift, visit urifoundation.org and click on the “Make a Gift” button in the upper right corner. Indicate the amount of your gift, then click on “select from a list of options”. Scroll down to ‘Programs and Initiatives URI’ and click on ‘Other funds’, then ‘Continue’. In the text box, type “Beatrice Dain Memorial Fund in Diabetes”. Fill out the form with the required information and follow the payment options.

Contributions can also be made to Multiple Myeloma Research Foundation.

To attend the funeral via Zoom, please Click here.

Melbourne, Australia – The recent anti-lockdown protests in Melbourne revealed the rise of the far-right …