“A question of dignity”: the pathologist who identifies drowned migrants in the Mediterranean | Global development

JobsNOW: the WKBN sales team is looking for “people-people” 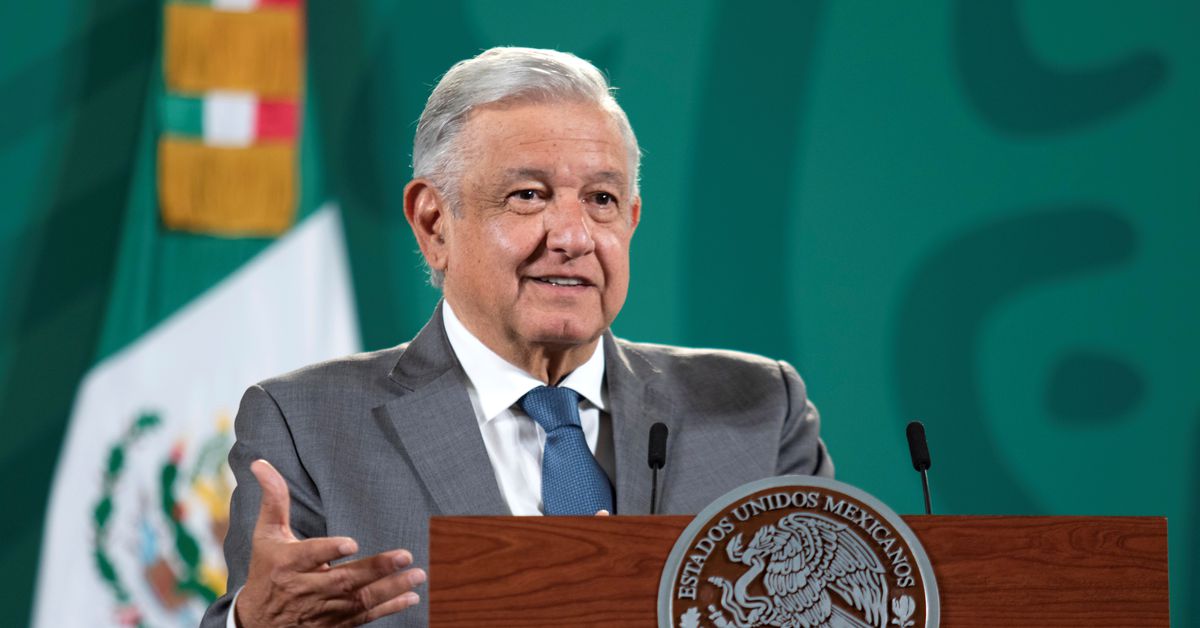 AAt a glance, Dr Cristina Cattaneo assessed the lifeless body on the floor of an abandoned Sicilian hospital – a slender young Eritrean refugee about 180 cm tall. While most of the corpse was intact, its face and hands were skeletonized, likely the work of marine animals.

It was the morning of July 3, 2015, and it was the first body to be recovered by a Navy robot after a shipwreck on April 18 of that year, which killed more than 1,000.

They came from Eritrea, Senegal, Mauritania, Nigeria, Côte d’Ivoire, Sierra Leone, Mali, Gambia and Somalia. They were attempting to reach Europe from North Africa aboard a fishing boat with a capacity of about 30 passengers, which sank overnight after colliding with a Portuguese freighter that had flown. approached to offer help. Only 28 people survived.

The vast majority of the corpses were in the hull, trapped 400 m deep on the seabed. The boy’s corpse was one of 13 Italian authorities found in the water and managed to retrieve it using a mechanical claw. He was wearing a black jacket and sweatshirt, jeans and sneakers. His remains were placed in a body bag and labeled with a white ink identification number: PM3900013.

His identity is still unknown, like most of the hundreds of other victims. There is no official toll, but around half of the thousands of asylum seekers who have died trying to cross the Mediterranean lie in anonymous graves in Italian cemeteries.

Since 2013, Cattaneo, professor of forensic medicine and head of Labanof (the laboratory of anthropology and forensic odontology) of the University of Milan, is committed to giving a name to every man, woman and child who drowned at sea. Its goal is ambitious, can -be impossible, and underlined the indifference of European countries towards migrants and the way in which states discriminate against asylum seekers, even in death.

“Imagine for a moment that a plane full of Italians crashes off the coast of another continent,” says Cattaneo. “Imagine that these corpses are recovered and buried without identification. We would never allow that. So why should we allow it if those who die are strangers? “

Cattaneo considers indifference to body identification to be a “cultural” issue. “The fact that most of the victims are dark skinned and read the Quran is probably the reason there is discrimination. Simply put, we are in two different contexts: one, ours, a ‘rich’ European; and the other, “poor or foreigner”.

One of the first to raise the question of identification was Morris Tidball-Binz, who at the time was head of the forensic unit of the International Committee of the Red Cross (ICRC), and with whom Cattaneo had collaborated to identify lost and forgotten victims. .

In February 2013, Tidball-Binz was visiting Milan. He telephoned Cattaneo and, over lunch, confessed that the matter consumed him.

“He told me that the ICRC had received many phone calls from Syria and Eritrea from people awaiting the arrival of brothers, children, girlfriends in Europe and who had never arrived,” he said. said Cattaneo. “They were probably shipwrecked and wanted to know how to find their bodies. He told me that the ICRC was conducting research in European countries to find out if there was a database for these people, and he asked me if there was a register in Italy. No, there was nothing. But the time had come to create one.

In early 2014, the former government commissioner for the missing, Vittorio Piscitelli, signed a protocol with Labanof for the identification of refugees lost in the Mediterranean, and Italy became the first country in the world to do so.

“These corpses were in the foreground of my mind,” Piscitelli says. “Cries for help from families contacting us from all over Europe and Africa for information about their loved ones could not be ignored. When Dr Cattaneo showed me a new technology that can be used for identification, I knew this was an opportunity we couldn’t miss.

The first step is the most difficult. On October 3, 2013, 368 people died off the island of Lampedusa. Hundreds of people were looking for their relatives. Cattaneo’s work will push his Labanof team to their limits, as all identification difficulties became apparent.

An autopsy is performed to inspect external tissues and internal organs, analyze bones and teeth, and collect DNA samples. Useful data, such as dental fillings, a tattoo or an illness is entered into a database.

The second step, called an ‘ante mortem’, is informing friends or family members. DNA from a close relative, an X-ray of a bone, or even a photograph is cross-checked with previous data.

“In theory, it’s very simple,” explains Cattaneo. “Post-mortem data plus ante-mortem data equals identification. But if something is missing, it is almost impossible to move forward. And for migrants, we immediately realized that it is very difficult to find all the right parts. “

It was important because we had returned the bodies of sons or brothers. We gave them peace

Precisely one year after the capsize of October 3, 2013, in an Interior Ministry office on the first floor in Rome, Cattaneo and his team met the first relatives of the refugees who perished near Lampedusa. In the months that followed, 80 families came forward and around 40 people were eventually identified.

“It was a drop in the ocean,” said Cattaneo, a former doctoral researcher at the University of Sheffield. “But it was important because we had returned the bodies of sons or brothers. We gave them peace. Identifying corpses is not only a matter of restoring dignity to the dead, it is also necessary for the health of the living.

The families of the unidentified dead are often referred to as victims of “ambiguous loss”. Unresolved grief can generate psychological challenges such as depression or alcoholism.

Personal effects are recorded and then analyzed. In a room of the forensic institute of the University of Milan, the Labanof team has dozens of shelves containing objects found in the pockets of refugees who died at sea: necklaces, bracelets, photos, spare change, football teams emblems, ballots. All cataloged.

“Migrants who died at sea, often teenagers, have the same items in their pockets that many of our teenagers have when we send them to school,” Cattaneo explains. “The only difference is that they drowned trying to reach our shores.”

In the abandoned hospital in Catania, while performing this first autopsy after the April 2015 sinking, Cattaneo noticed that the dead boy’s shirt had a sewn pocket. It contained a small cellophane bag with black powder.

“It was sand,” Cattaneo says. “Sand from his village.

A common practice among Eritreans is to take with them a physical reminder of their homeland before leaving, knowing that they might never return.

The other bodies were recovered by Italian authorities in June 2016. The recovery itself has become a public spectacle, as an entire section of the Italian Navy was engaged in the operation and the work took months at a cost of € 9.5 million (£ 8.2m).

Inside the ship’s hull were over 500 corpses, 30,000 entangled bones and hundreds of skulls.

“Imagine the skulls and bones of hundreds of people locked in a metal box and shaken for a year,” Cattaneo explains. “That’s what we found, along with hundreds of decomposed bodies.”

Only six of these individuals have been identified to date. Finding relatives and friends has become more and more complicated and funds are lacking.

“We’re working on it,” Cattaneo says. “But to complete our work, we need the support of other European governments. “

In April this year, the European Parliament passed a resolution for the protection of the right to asylum, which includes an amendment on the right of identification of people who died during the attempt to cross the Mediterranean and the need for a coordinated European approach.

At least four Italian universities, alongside the forensic service of the police under the coordination of the new Italian commissioner for the missing, Silvana Riccio, are continuing research to identify all the victims of the April 2015 shipwreck, with the help from the ICRC and the Red Cross. This disaster became the symbol of maritime tragedies and the remains of the ship were exhibited at the Venice Biennale.

Six years later, the body of the first migrant recovered from this shipwreck was buried in the cemetery of Catania. His tombstone bears the same number as the one written in white on his body bag: PM3900013.

In the area near the Augusta wharf in Sicily, where in 2016 firefighters pitched tents to contain the corpses removed from the salvaged boat, there is now a meadow of pink wildflowers. Cattaneo’s diary, where the experiences of these first migrant autopsies are recorded, contains a prairie petal.

“I picked it up in Augusta, where I returned two years after the sinking,” Cattaneo recounts. “I always carry it with me, like the boy who took the land from his village with him. This petal is my version of African sand. This petal is what cancels the distance between me and him and which pushes me, every day, to work to give this boy the name which was stolen from him by the indifference of Europe. 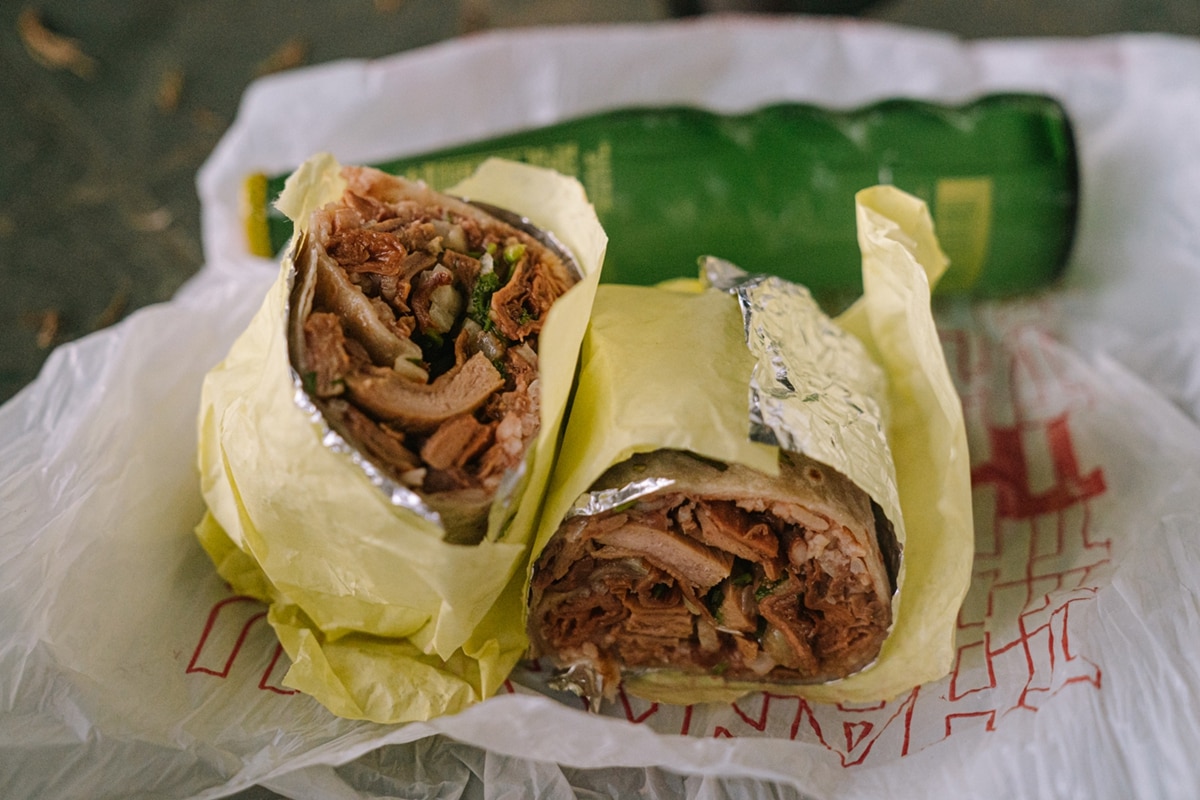